As rapid climate change continues, the geographical location of species’ suitable conditions will shift, resulting in a global redistribution of biological diversity. Because of this, development of international policy and, importantly, transboundary diplomacy in response to species’ redistribution has emerged as one of the key issues facing global biodiversity conservation in the 21st century. Although transboundary diplomacy has been instituted for the management of protected areas and species of conservation concern, there is a critical need for accelerated diplomatic action to address the potential redistribution of thousands of species across geopolitical boundaries. In preparation for this need, knowledge of how permeable each boundary will be to redistribution is invaluable. Boundary permeability is related to landscape connectivity, or the extent to which the landscape facilitates or resists movement, and it is influenced by the biogeographic features the boundary overlaps (e.g. rivers, mountains, deserts), the land use (e.g. mining, agriculture) or cover type (e.g. forest), and/or the presence of physical infrastructure (e.g. border walls, transportation routes). Despite the wealth of ad hoc data documenting the connectivity of wildlife populations across certain geopolitical boundaries, there has yet to be a comprehensive investigation of both climate and habitat connectivity at transboundary interfaces. By attempting such an analysis at a global scale, we may compare, using relative metrics, the permeability of approximately 277 geopolitical borders, ultimately yielding an estimated potential for migration across every geopolitical boundary. The results of this analysis may yield information critical to the facilitation of transboundary diplomacy and conservation policy. 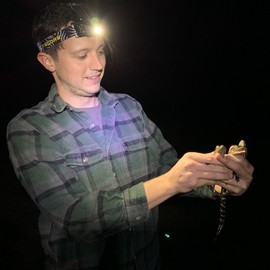